Philippines is a major player of world of fisheries. It is estimated that at least one million people are employed in its seafood value chains. Fisheries are an important element of the country´s culture, food intake, employment and economy.
Further, it is the primary source of protein in the Filipino diet. 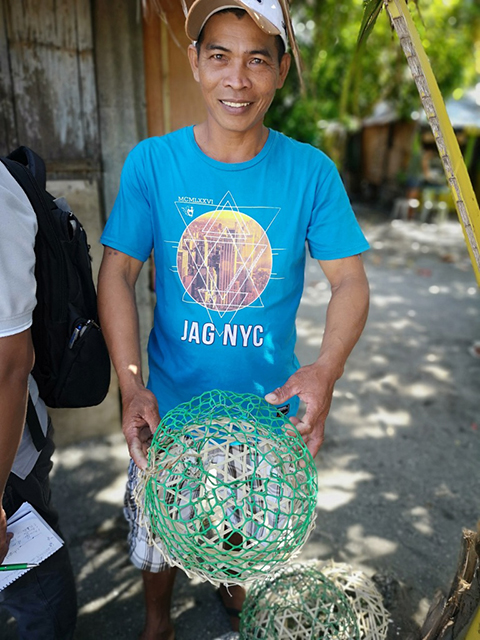 There are two  commodities at focus under the Global Marine Commodities Project (Philippines), namely the Blue Swimming Crab (BSC) and the Octopus.

Blue Swimming Crab Fishery (BSC)
The BSC (locally known as kasag, lambay, masag, and alimasag) is a local commodity with high demand. It is a fishery that uses a variety of gears, operates along the entire archipelago, and has an important and valuable export component. However, around 70% of the harvest is consumed by the local market. Processing employs mostly women, but they have low salaries and poor working conditions. Therefore, the fisheries management of BSC is limited.

Octopus Fishery
On the other had, the Octopus cyanea is harvested from coral reefs along the country. It is assumed that this is the main export species, but there are at least 13 different species of shallow-water octopuses in the Philippines. Octopus has been harvested in local and subsistence fisheries throughout the country, and sold as both fresh and dried. The fishery is not managed and there is very scarce information. Notably, Philippines is the single most important source of imported octopus for the U.S. market.

The project will support the development and implementation of a Sustainable Marine Commodities Platform with two working groups focused on the BSC and the Octopus fisheries. Likewise, the project will also support the advancement of the ongoing BSC Fisheries Improvement Projects (FIPs) and the preparation and initial implementation of an FIP for the octopus fishery.

Fishery improvement projects, better known as FIPs, are a pragmatic, stepwise approach to enhancing the sustainability of a fishery, encouraging harvesting to continue, while continual improvements are achieved.

FIPs bring together an alliance of seafood buyers, retailers, processors, suppliers, producers, and nongovernmental organizations (NGOs) with an interest in a specific fishery to encourage improvements in policy and management at government level. At the same time, FIPs provide motivation for changes to be made to working practices at fishery level, minimizing issues such as illegal fishing, bycatch, and environmental impacts.

Each FIP presents a different challenge, but the common thread is that the supply chain plays a critical role in helping a fishery on the journey toward sustainability. In this regard, the project will mobilize octopus and BSC supply-chain stakeholders to address specific environmental challenges these fisheries face in the Philippines.